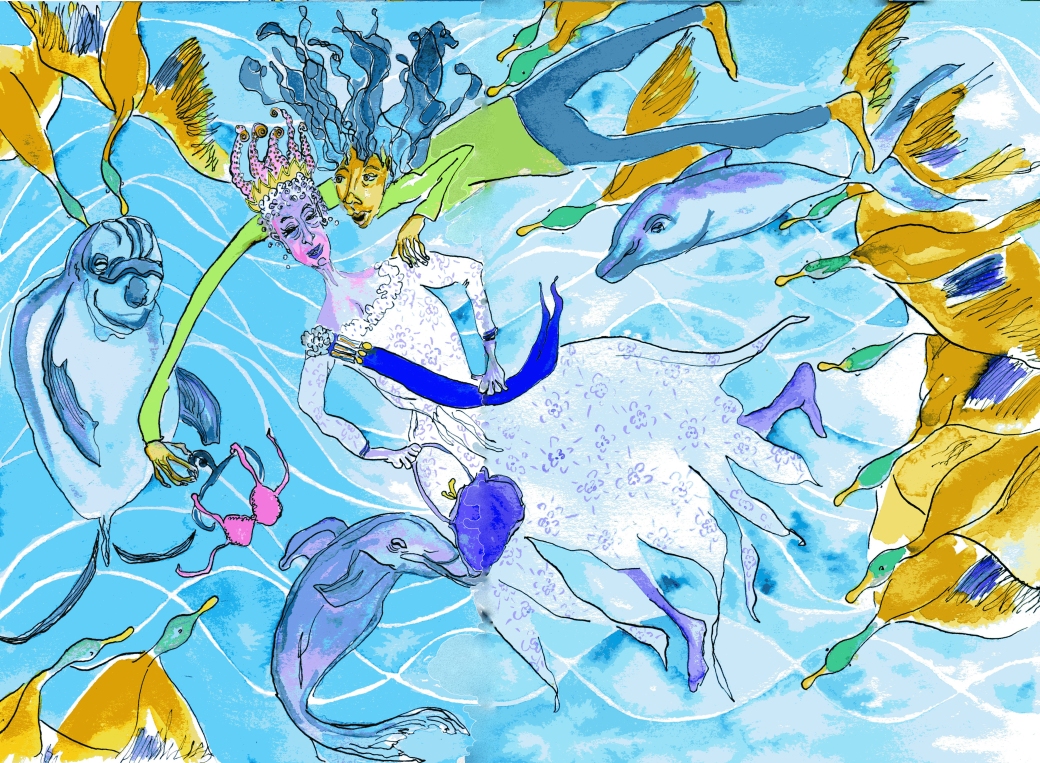 It was Mother’s Day. I got the poshest slippers, a beautiful portfolio for my work from 19 year old,  a pair of cashmere wrist warmers (orange) bought and paid for by 17 year old, a book of Muriel Spark quotes and some beautifully hand made cards.  17 year old drew Arthur from the Peaky Blinders. It made me very happy.

We went bra shopping.  I told the guy at H&M that I’d dreamed that the Queen and I and one of her footmen were watching ducks in the sky and eating cake and I was making jokes and the Queen really laughed at the jokes, but then there were dolphins flying with the ducks and we thought that weird.  The H&M guy laughed.

Wales v Italy was a fine game. They both know how to play.  I liked the way the ref, a French guy called Jerome, smiled at the players.  He was very fair.

It was so nice not to do anything for the house today.  When we were looking at bras, Tom finished the fencing.  After lunch, I cut both daughters’ hair.  I do that.

The card said ‘Happy Mother’s Day from the Peaky Fockin’ Blinders’.  That was the best thing ever.  I love my 17 year old. She’s top.

But my friend Ellen’s daughter Tabby who is 5, did a naked rendition of Heads Shoulders Knees and Toes for her, with a dance, and I was quite jealous.